A Quick Quiz by Jeffery Small 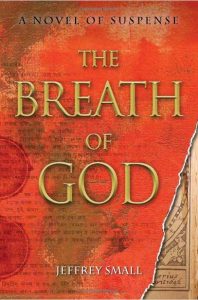 A quick quiz: Name this religious figure: A shimmering spirit appears to a young wife in a dream, tells her that she will give birth to a son who will change the world and then enters her womb. When the boy is born, wise men proclaim that the child will grow into a religious leader. As a young man, he retreats to the wilderness where he sits in deep contemplation until the devil appears to tempt him from his path. He resists the temptations and then begins a ministry in which his disciples give up their worldly possessions to follow him. He heals the sick, some proclaim him to be a god, and on his death, his followers believe that he will return again. Are you thinking about Jesus of Nazareth? Actually, the above is part of the legend surrounding Siddhartha Gautama, the man known as the Buddha, who lived five centuries before Jesus. The parallels go even further: For almost every one of Jesus’ teachings, we can find a similar lesson from the Buddha.
Digging deeper into ancient India, we can also uncover Hindu scripture (a group of writings known as the Vedas), which contain parables that sound eerily like those told by Jesus centuries later. For example, in one oft-recited parable, Jesus compares the Kingdom of God to a mustard seed. Similarly, in the Chandogya Upanishad, this ancient Sanskrit text tells of the master who asks his student to open the Banyan tree fruit, extract the tiny seed and then break it in half, revealing a hollow center. When the student notices that the seed is empty, his teacher replies that from that emptiness comes the great Banyan tree, and, he continues, that same creative essence is in the student, too. Why do we see these parallels between the religions of the East and the teachings of Jesus, who was considered a subversive in his Roman and Jewish community? Why do the contemplative practices of Jesus, which seem to confuse his disciples, seem so similar to Eastern meditative techniques?
We actually know very little about the life of Jesus, a fact not often discussed by church leaders. As told in the Gospels of Matthew, Mark and Luke, his ministry only lasted a single year. Leaving aside the story of his birth, the only information we have about the younger years of Jesus comes from Luke who describes an occasion when a precocious 12-year-old Jesus speaks in the temple, impressing his elders. The Bible is then silent about the following 20-year period of Jesus’ life until he reappears on the scene around the age of 30, when he is baptized by John and begins his ministry.
What happened during these missing years of Jesus’ life? What experiences might have shaped Jesus into the man he became? Could a clue to these missing years come from a controversial discovery over a century ago by a Russian journalist? In my recently released suspense novel, “The Breath of God,” I examine the implications of this journalist’s historical discovery through a fictional story of suspense, mystery and mysticism.
In 1887, Russian journalist Nicholas Notovitch discovered evidence in a remote Himalayan monastery in Northern India that Jesus, during his teens and 20s, traveled with a merchant caravan along the spice route to India where he studied the teachings of Hinduism and Buddhism — teachings that, when combined with his Jewish upbringing, molded him into the man we know today. After Notovitch published his discovery in 1894, he was condemned for the heresy he proposed, and later, the evidence of his find vanished from the monastery.
The protagonist in “The Breath of God,” present-day graduate student Grant Matthews, journeys to the Himalayas in search of this ancient mystery. He must confront those whose cherished beliefs are threatened by the possibility that their religion may be based on other faiths, while he struggles with how his own spirituality is affected by the ancient revelations he encounters.
Although the book is fiction, the research behind it is historical and raises the question of how we think about interfaith dialogue in today’s interconnected world. Could Jesus have been influenced by Hinduism and Buddhism? What might this connection mean for us today?The Breath of God is available in bookstores nationally as well as online. For more information, please visit www.JeffreySmall.com.